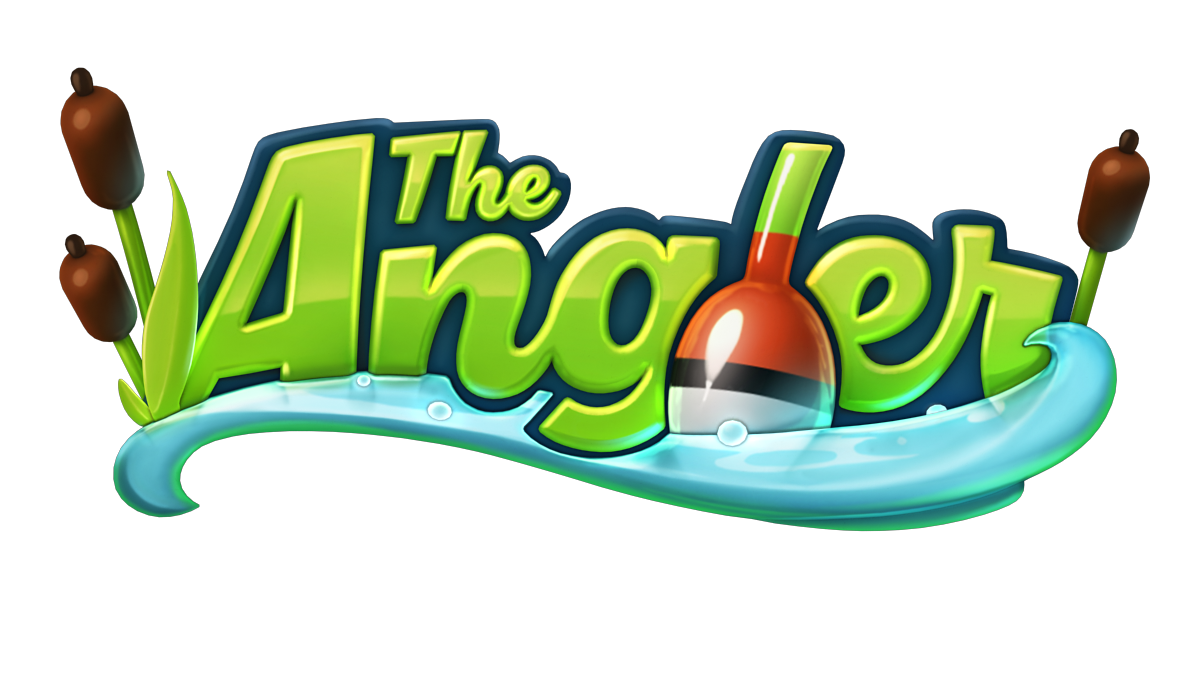 The Angler caught me hook line and sinker. Not just saying that cause it’s a funny saying. I mean a good day casino fishing beats a bad day actually fishing, wouldn’t you agree?

The Angler has some tight graphics and rewarding gameplay, just might be the video slot that fishermen 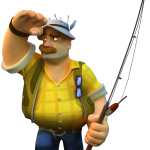 have been looking for. This video slot boasts of 3D graphics and animations complemented by a light and upbeat audio. More importantly, the video slot has a number of features that make it intuitive yet still challenging enough to play regardless of one’s skill level. Like a lot of the titles developed by Betsoft these days, this video slot is playable on both mobile devices powered by Android or iOS and on consumer desktops/laptops running versions of Windows, Mac, or Linux.

The Angler follows the 5-reel, 3-row format and has 20 betting lines. Unlike most other video slots, this title gives players a lot of freedom when it comes to configuring their bets per spin. Players who tend to play safe can bet as low as $.40 per spin or if they’re feeling lucky then they can go all out and wager as much as $100. Players get to win if a spin results in at least 3 of the same symbols appearing adjacent to each other on a betting line. In the event that they do win after a spin, the player can choose to collect the winnings or use the video slot’s Double Up (or gamble) feature for a chance to exponentially double them (at the risk of losing the winnings if the player picks the wrong side of the coin during the feature). Helping players improve their chances of winning big are the video slot’s Wilds and Scatter Symbols. The Octopus or Wild Symbols randomly appear on reels 2, 3, 4, and 5 and serve as substitutes for all other symbols except Bonuses and Scatters. Scatters on the other hand, appear on the 3rd, 4th, and 5th reels and can trigger the Free Spins mode when there are at least 3 after a spin. Aside from the Free Spins mode, the video slot also has a Bonus Game that activates when at least 3 Bonus symbols appear on the 1st, 2nd, and 3rd reels.

There probably aren’t that many video slots like The Angler that have themes centered around fishing and fishermen. This video slot features what Betsoft calls cinematic 3D graphics. Its symbols, animations, and even the background art all look visually striking. In terms of its audio, players will undoubtedly like the upbeat yet soothing background music that Betsoft used on this title.

WHERE TO PLAY THE ANGLER

Players have a number of options if they’d like to start playing The Angler for themselves. Those who aren’t ready to wager any money can opt to check out the Betsoft website for a free demo of the video slot. On the other hand, players who are more than willing to bet real money on this title can check on popular online casinos such as BigSpinCasino.com y MYBCasino.ag.

Choose Coin: Set coins size.
Bet per Line: Set the number of coins you wish to bet per line.
Select Lines: Choose the number of lines you wish to bet.
Double up: Start the gambling feature.
Spin: Set the reels in motion.
Autoplay: Turn the reels automatically without interruption.
Double Up: Start the Gamble feature.
Max Bet: Set the maximum bet allowed and turn the reels automatically at that bet. 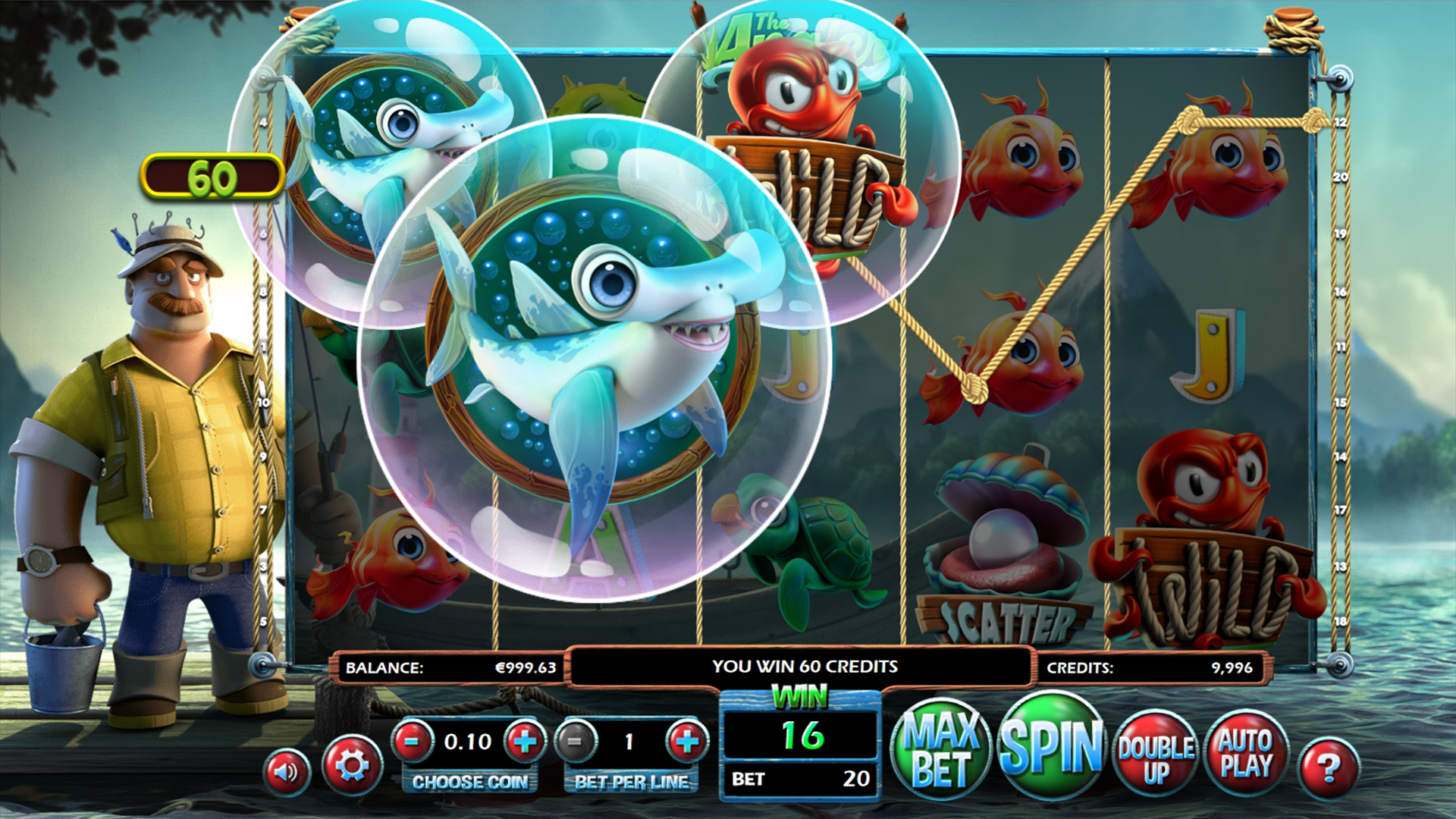 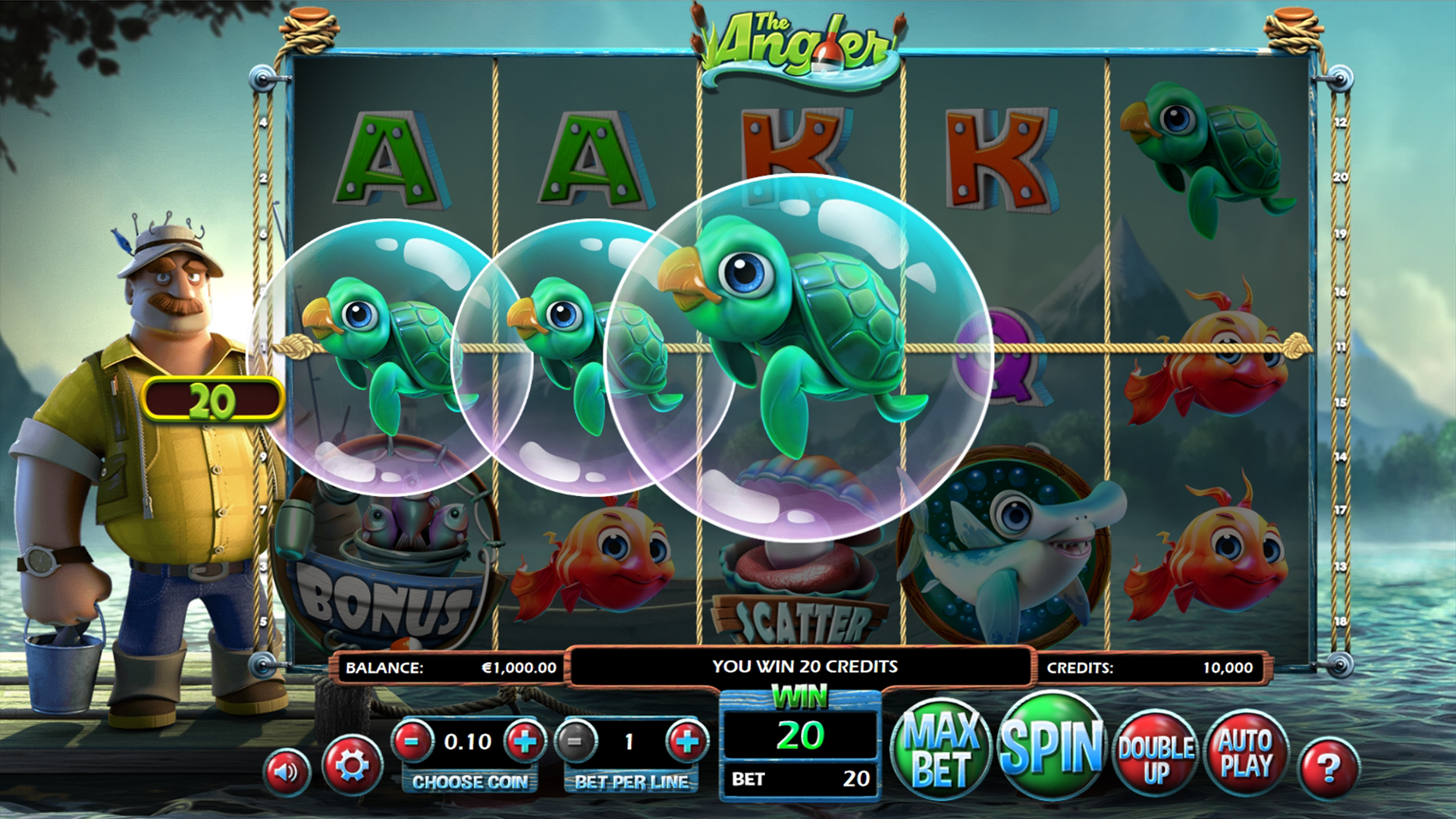 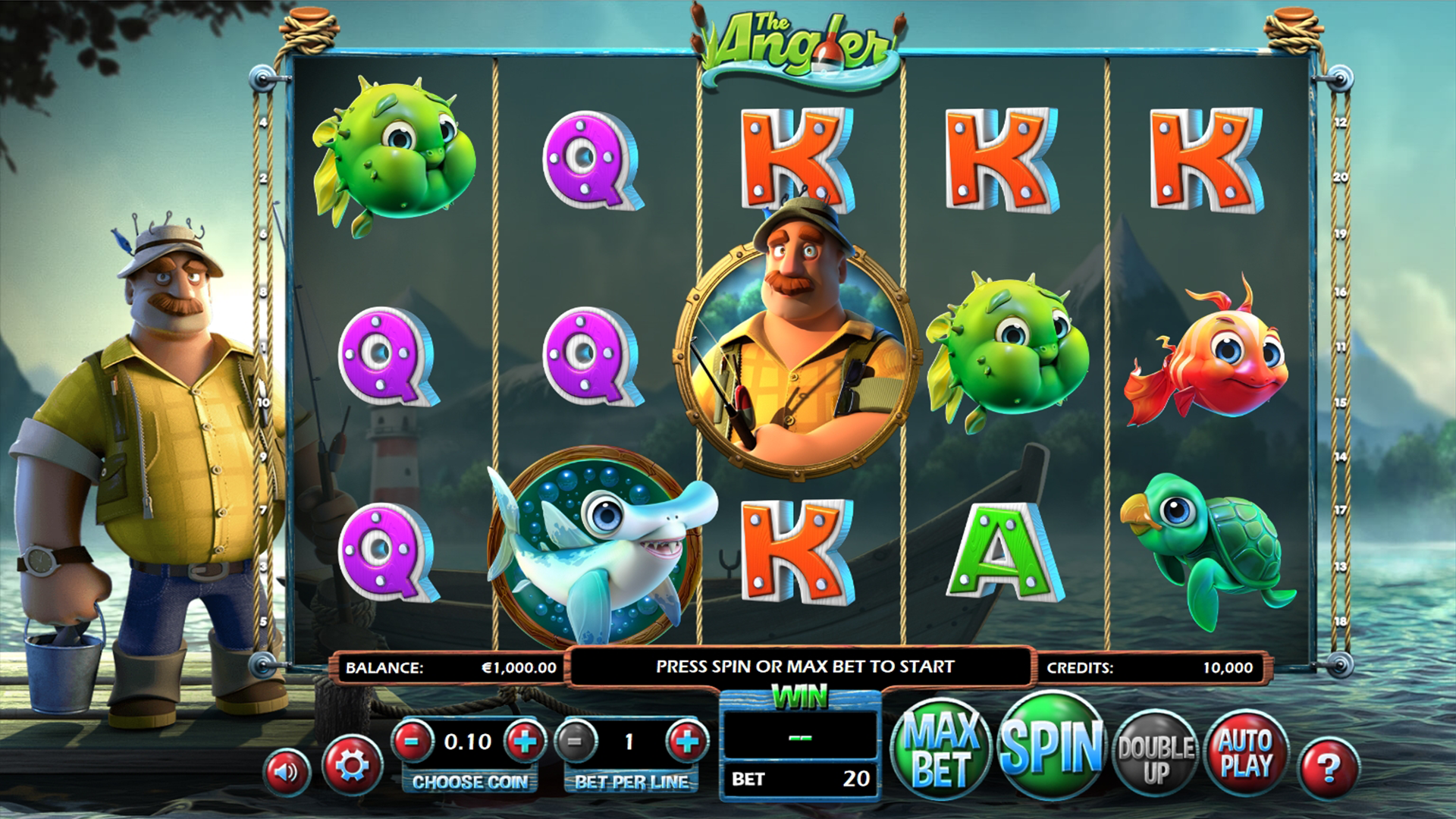 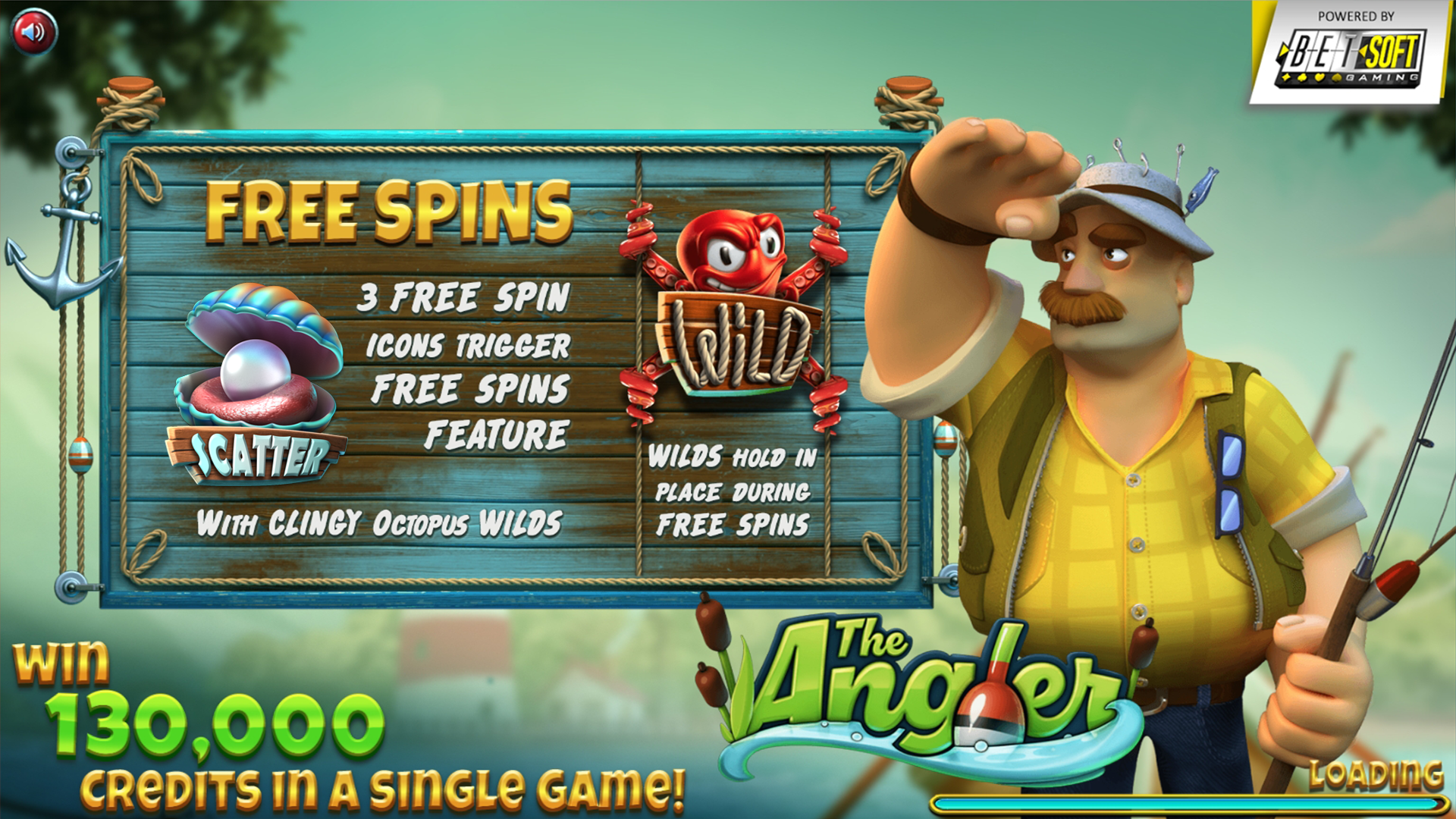 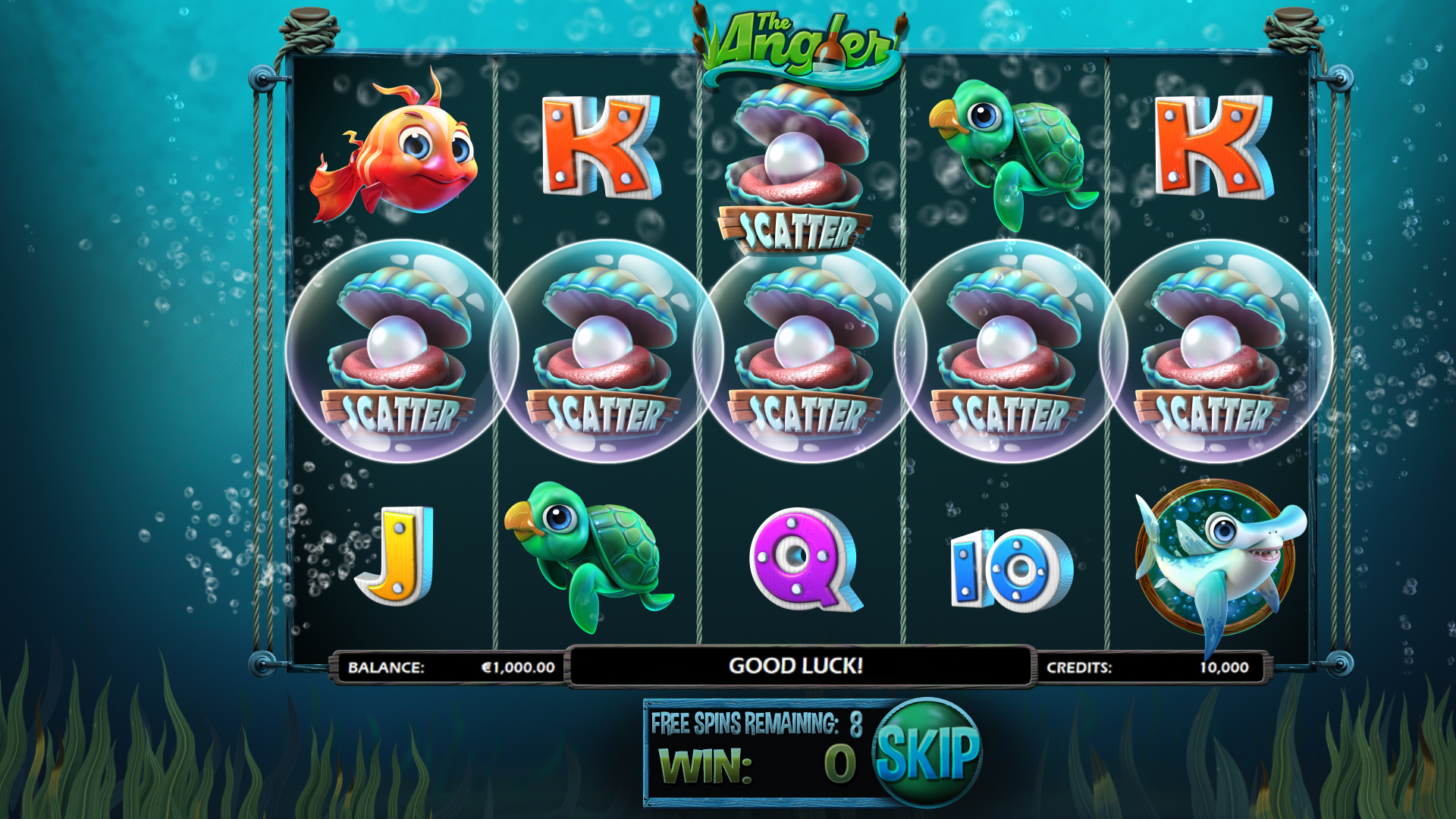 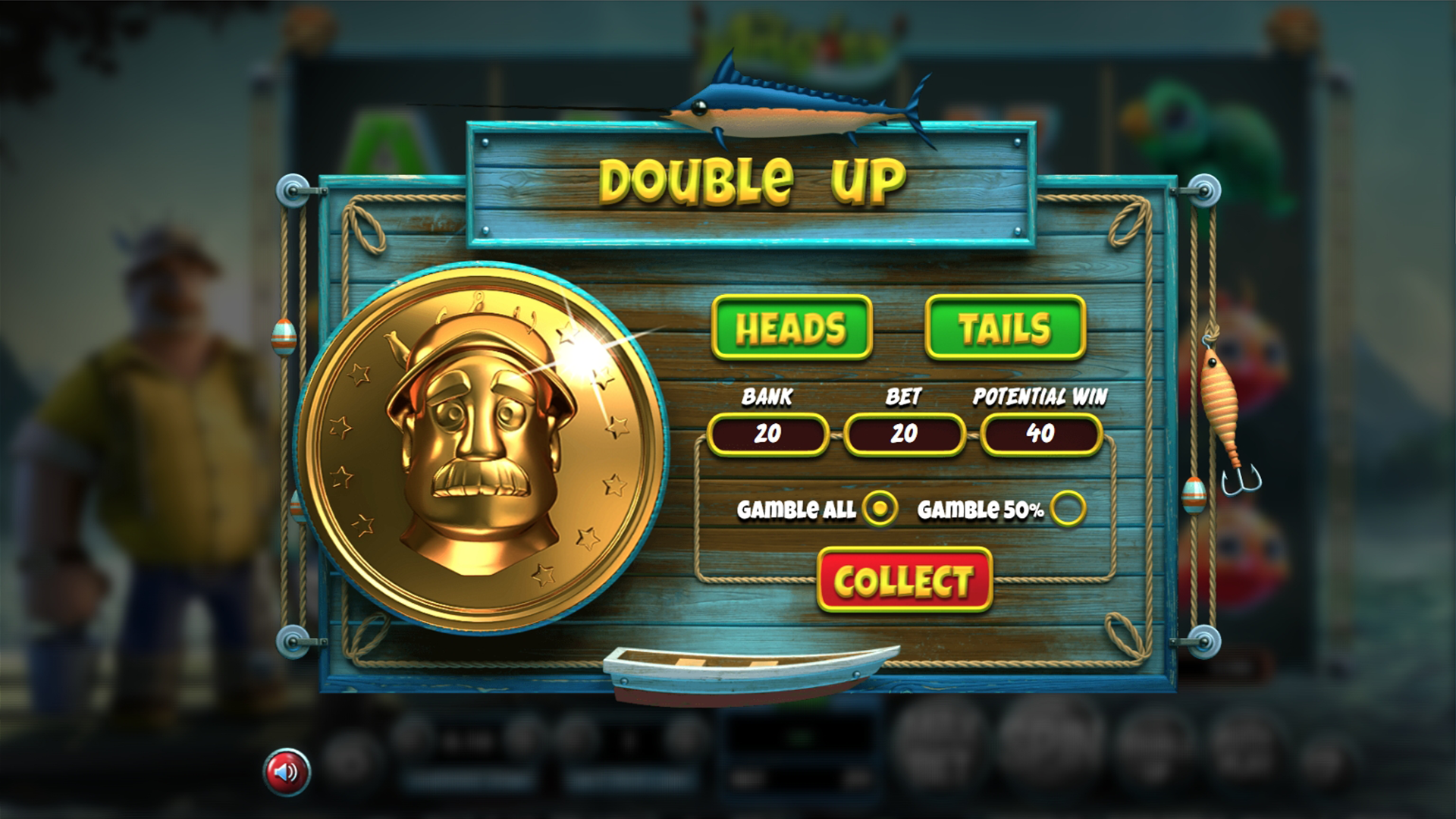 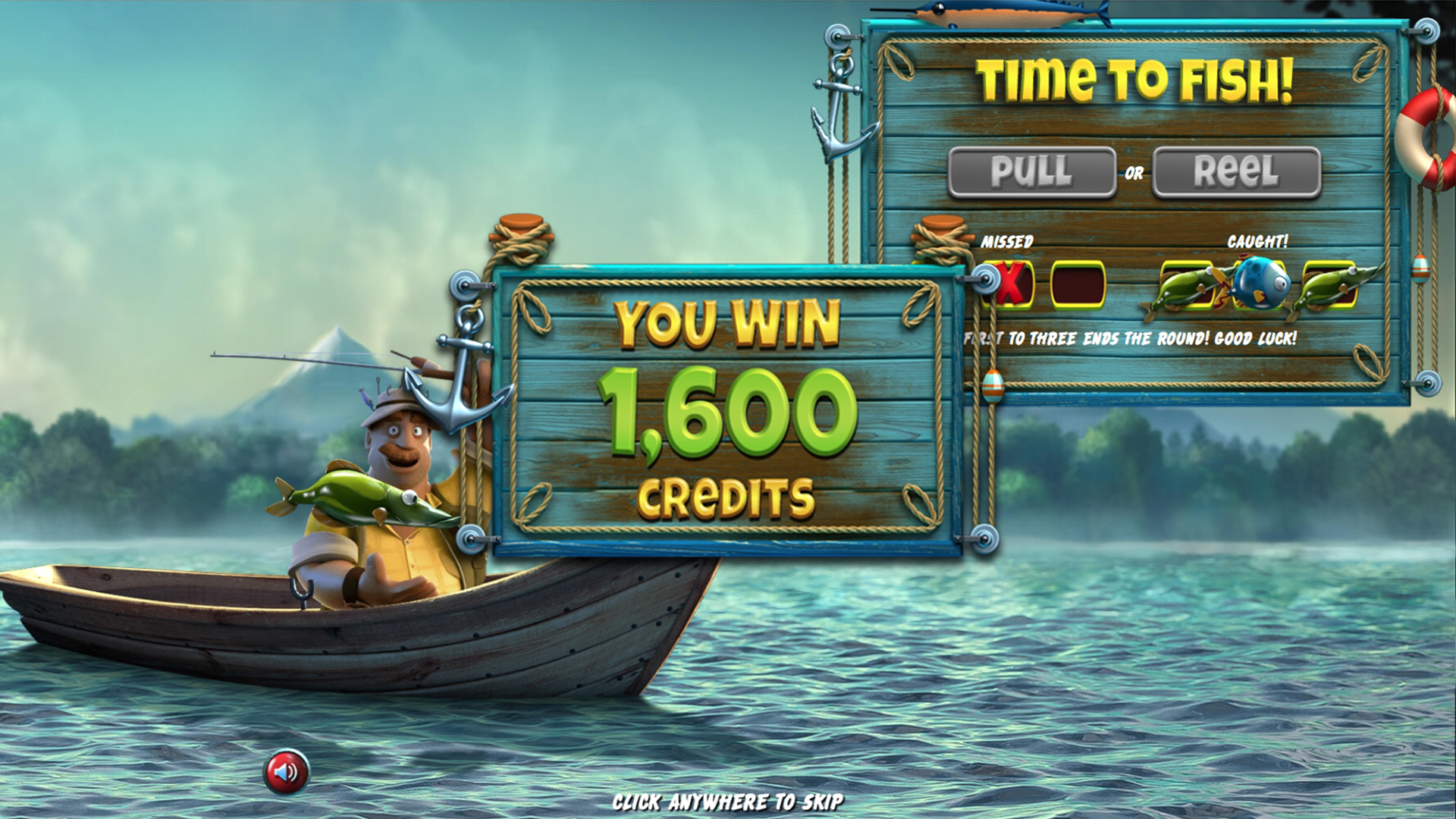 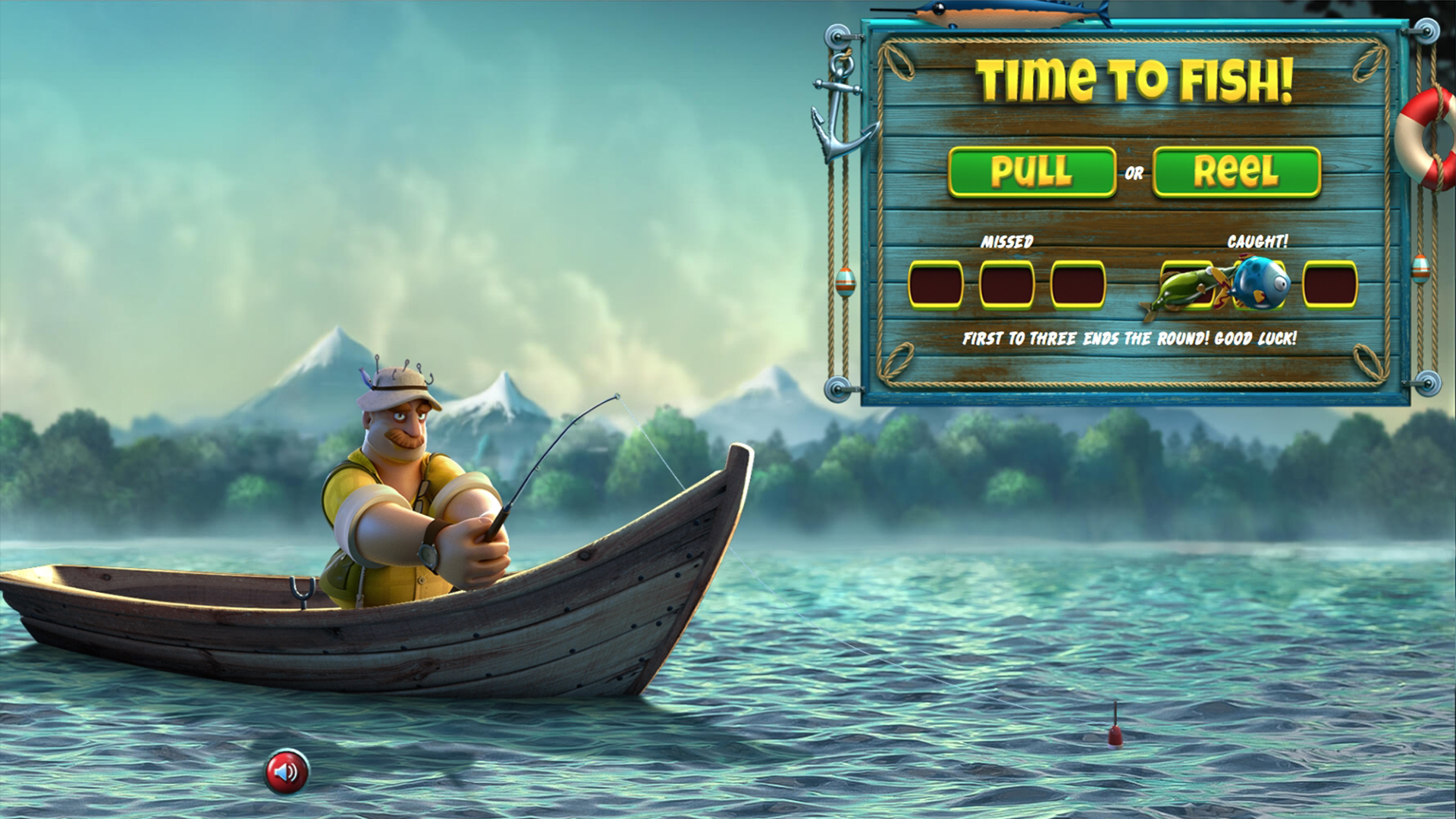